Construction has commenced on the Jones Creek Slope Rehabilitation project, which consists of installation of gabion basket erosion protection system along the west side of Pecan Lakes, adjacent to Jones Creek. Project is expected be under construction through Summer 2020. 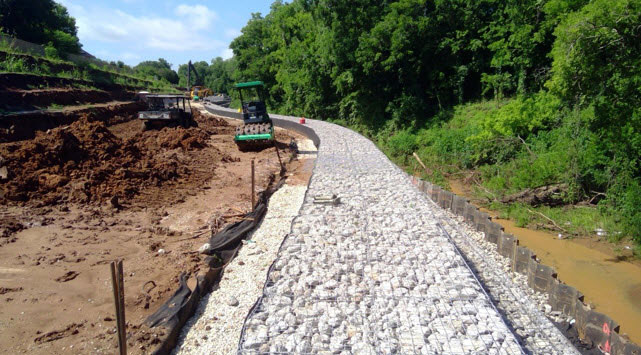 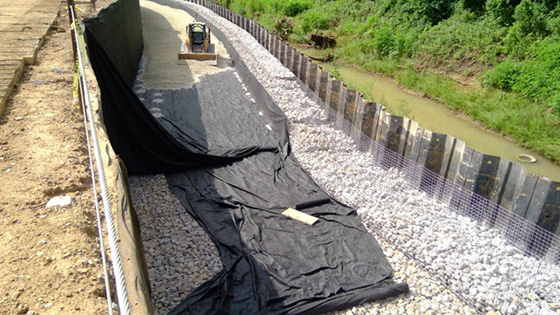 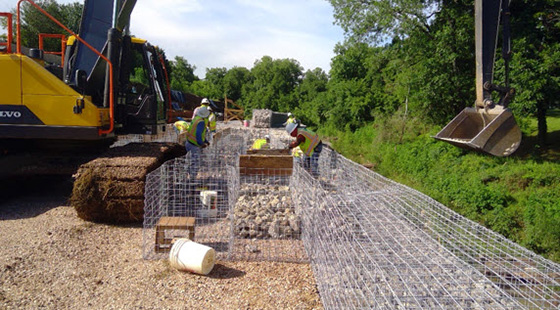 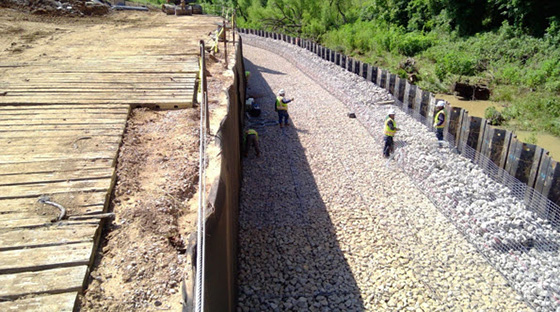 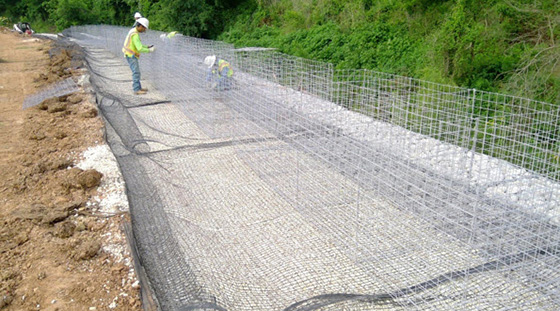 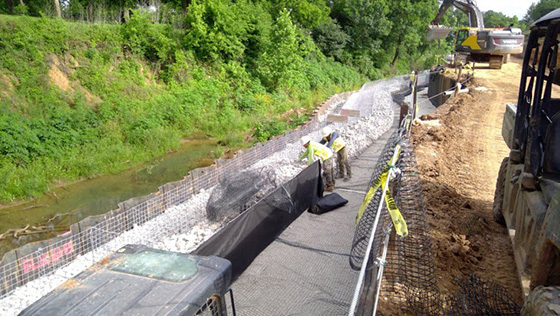 The District is installing a floating mixer in each of the raw water storage tanks at the Surface Water Treatment Plant located off Skinner Road. The mixers create constant movement in the raw water to limit sediment from settling to the bottom of the tank. In addition, stairs and walkways are being installed as part of this project to improve operator access to the tanks.

Project is under construction.

The sediment in the east tank has been fully removed and contractor will begin assembly of the catwalk above the east tank in early June. 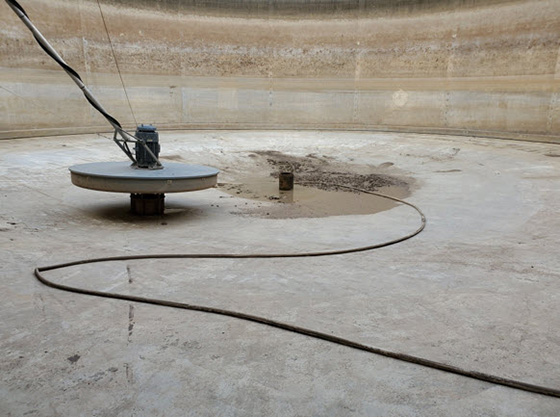 Sediment in the west tank will be removed in June and catwalk assembly will begin once that is complete.

The District is working on raising the levee along Mason Road from the intersection of FM 359, north along Mason Road, then east along Oyster Creek to Farmers Road. Plans include adding up to an additional one (1) foot of height to the levee between Pecan Grove Plantation Country Club and Farmer Road where it crosses Oyster Creek. Project includes adjustments to the existing parking lot at Belin Park which will include new paving. 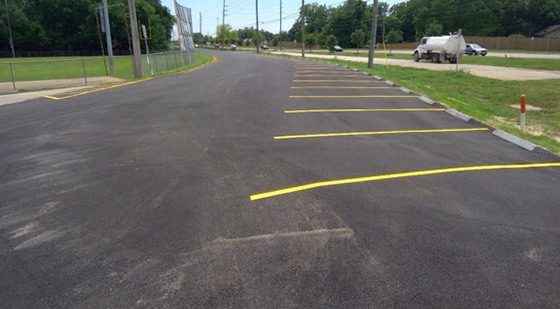 The District is updating the electrical system to allow for the pumps at the south pump station to automatically turn on or off based on the water level in the main channel.

Notice to Proceed has been issued and construction has commenced with installation of conduit sleeves for electrical improvements.

The District is rehabilitating and updating the electrical controls at Lift Station No. 7. The pumps, concrete wet well, valves, electrical components and other appurtenances have reached the design life.

Lift station underwent start up testing in May and contractor is addressing punch list items. Project expected to be complete in early June. District authorized replacement of existing fences along driveway that were compromised by recent wind events.

Electrical Improvements and Generator at Water Plant No. 2

The District is updating the electrical system including installation of a new generator at water plant no. 2 (located near the elevated storage tank).

Notice to Proceed has been issued. Contractor is ordering the necessary components and construction is expected to begin in Summer 2020.

Improvements at Water Plant No. 3

The District is modifying the pumps and piping system at water plant no. 3 (located at the end of Willow Bend Dr.).

Notice to Proceed has been issued. Contractor is ordering the necessary components and construction is expected to begin in Summer 2020.

The District is improving the access to the north pump station by adjusting the headwall and grading modifications. The project also includes automation of the pumps based on level of water in Bullhead Slough.

The District awarded the project to Rally Construction, Inc. Notice to Proceed is expected to be issued in June 2020.

The District is dredging silt out of Bullhead Slough and rehabilitating the side slopes which have eroded over time. Project includes installing ShoreSox product at the water’s edge to stabilize and prevent future erosion. Project includes eastern and middle sections of Bullhead. Rehabilitation of the western section of Bullhead will be performed in the future.

District awarded the contract to Storm Water Solutions. Notice to Proceed is expected to be issued in June 2020.