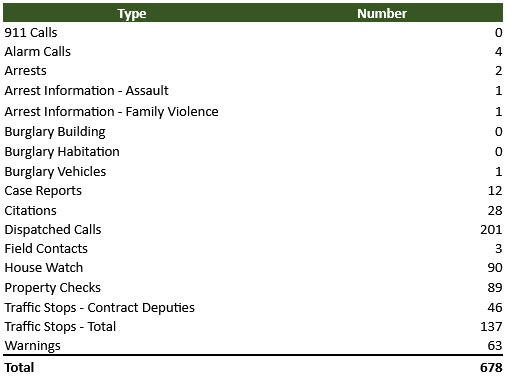 The trees along Mason Road and in Pecan Grove Park were trimmed in January. The restroom mirrors were replaced at the park as well. A new concrete sidewalk is being installed around the pavilion. There has been a request to install a sidewalk from the playground to the playground which Marcus said he would look into. We have had considerable interest in renting the new community building for events. The requirements and rental terms are being finalized.

Click here to view Projects Under Construction and Design.